Regional differences matter when assessing where to practise architecture. There are times in a career when you have flexibility about this – usually when you are starting out or at a point of significant change.

Each part of the UK has its characteristics and advantages. In this article, we acknowledge the primacy of London but suggest it's worth taking a broad view when thinking about where to work.

Moving to a different place can be good on a personal level. It broadens skills and opportunities and exposes you to different ways of working. And the movement of professional expertise, as people take new opportunities, can give an important boost to the wider economy. Skills are matched to where they are needed, creating greater economic equilibrium between employers and employees.

London is the undoubted architecture capital of the UK. Among RIBA chartered practices, 59% of the UK architectural fee income comes to those in London. The second highest region is the South East, with 7%.

London is not just the leading national centre of architecture; it's a global one too. RIBA chartered practices generate over £500 million of international work, and 91% of that comes to practices based in London. It pulls in talent from across the UK and around the world, talent that collaboratively works on some of the most globally significant architectural projects. Through that collaboration, skills are shared and developed, and innovative practices take root and flourish. The economies of agglomeration are clear to see among architects in London.

Salaries are higher too. The average salary for a qualified architect with more than five years’ experience is just over £43,000. That's significantly more than anywhere else in the UK: in the North, it tends to be closer to £38,000.

So, if you’re thinking where best to practise architecture, might the train to London be the best journey to take?

The RIBA also monitors intentions for recruiting staff. The August 2019 RIBA Future Trends Workload Index** showed that London practices are positive about recruitment, with a balance figure of +2. But this was outstripped by the North of England, posting a balance figure of +6, and by Wales and the West, posting a figure of +9. While the architects’ market remains subdued in the face of Brexit uncertainty, some regions in the UK expect to be recruiting additional staff soon.

Architectural fee income is concentrated in London. So too is construction, but much less so. Although London adds the highest level of construction* value, 18% of the UK total, other regions are very significant contributors too. The East of England contributes 12%, for example, and the North West 9%.

Growth in construction tends to mean a growth in demand for architectural services and with it, a need for more architects.

When we look at growth over the last five years, we can see regional hotspots. While London has grown by 12% in the last five years, this is notably outstripped by other cities and regions: the North West has grown by 29%, Northumberland and Tyne & Wear by 28%, Merseyside by 29% and Gloucestershire, Wiltshire and Bath/Bristol area at 32%. Opportunities for architects are not restricted to London.

There’s also the cost of living to consider. In 2016, the prices of goods and services in London were on average 7.0% higher*** than the UK average. The median house price in London is £467,500; this compares with £139,950 in the North East, £160,00 in the North Wes, and £249,00 in the South West****. While few enter architecture solely to maximise their income, it’s still worth thinking about the quality of life a place can offer on the salary you might expect.

Focus on Manchester and Bristol

Economic statistics can only take us so far. The decision to stay where you are, or to strike out in a new place, is a deeply personal one. It’s often influenced by the ties of families, partners and friends, as well as by professional aims. Working in a London-based multinational practice in an area of intense specialism is a very different career to being a rural sole practitioner.

Below, we take a more personal view, with architects from Bristol and Manchester giving an impression of their professional life. 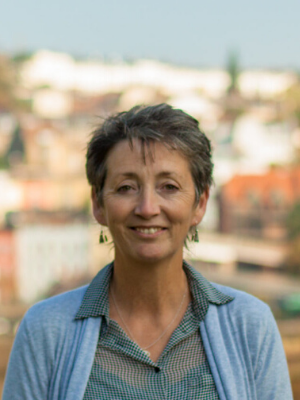 Paula Willmore is a founding director at Willmore Iles Architects, an RIBA chartered practice that specialises in high quality student accommodation and large residential schemes. While based in Bristol, it works across the UK.

Paula says being based in Bristol gives them a set of advantages. “We find that being in Bristol means we have access to a good pool of new staff and students, with three very good schools of architecture nearby. They each offer a different ‘type’ of student. It’s also a great location for accessing the rest of the UK – there are good transport networks, so we can fairly easily go from the South West to the North East, to London or to Wales, for example. We feel central; as we work nationally, that’s important to us,” she says.

“For staff, there are both professional and personal benefits. Professionally there’s a real choice. There are several London practices with Bristol offices that offer the opportunity to work for big names if that’s what you are looking for. But there are a lot of small to mid-size practices as well; they offer an alternative to the larger commercial offices you might find in London.

“Willmore Iles Architects are a 100% employee owned trust [EOT],” explains Paula. “We believe being an EOT helps to attract and retain high quality, engaged people; it’s an approach to ownership that gives employees a collective voice.

“Across the region, there’s also good professional support, a very active network programme, particularly for ‘young’ professionals. There are regular events and talks from all parts of the construction industry. There’s important cross-over between the professional bodies, but there still needs to be more.

“As for the personal benefits, we all seem to like living in Bristol,” Paula says. “It’s a relaxed, welcoming, friendly, cosmopolitan city where people from a wide variety of backgrounds mix happily together. It’s a creative city too and its residents have a real ambition to provide a sustainable city for people to live and enjoy. It’s not just a place for young professionals. With many parks and open spaces within walking distance, it’s also a wonderful place to bring up a young family.”

Natalia tells about her journey from Russia to Manchester, and why the North West is for her.

“Originally from Russia, on a President Yeltsin scholarship to study architecture at Oxford, I had never visited the North West until my job interview in Manchester. With a first-class degree and RIBA regional student awards, I had offers in different places but chose Manchester as it had something promising about it from the start: the inner energy, honesty and grit, and a sense of happening.  That initial impulse rose from a visual experience of a not always harmonious mixture of Victorian splendour and sixties concrete towers, and the warmth and openness of its people. Initially, with no friends or family in the area, I soon became a part of the community, especially after being approached by the local Russian parish to design a new church.

I have now lived and worked in Manchester for nearly two decades. Moving north allowed me to discover the country in its entirety: the colourful regional accents, historic cities and market towns, beautiful landscapes and countryside and rich culture. Manchester’s location is superb: 37 minutes’ train journey to Liverpool, under an hour to Leeds and Sheffield, and only a couple hours away from London. Living here allowed me to work on amazing, unique schemes such as Stirling Prize shortlisted Liverpool One and Manchester Met’s sustainable Birley Campus. The church commission led to setting up my own practice and award-winning community projects.

To fulfil my appetite for larger scale schemes I’ve since joined Sheppard Robson and have led high profile regeneration, educational and commercial developments across the North. Manchester’s choice of architectural practices is great: from big national and multidisciplinary companies to local heroes and a plethora of small studios. There are exciting projects of all scales, thanks to successful universities and the likes of the BBC moving [some operations] out of the capital, as well as iconic cultural institutions such as Everyman Theatre in Liverpool or Contact Theatre in Manchester and, of course, a wonderfully diverse growing population. The difference is that these projects perhaps have more impact on the area and create a stronger architectural event than they would in the capital.

I enjoy being a part of the local community and helping to form its environment. There is a strong sense of community among the architects too. Perhaps the renowned RIBA NW diploma course in professional practice has something to do with it? I have fond memories of Part III residential weekends away in Chester: attending day-long lectures, going out late at night, becoming a student again, making new friends and supporting each other during a traditional Manchester v Liverpool football match. I liked it so much I became a Part III examiner myself.

In the North you are never too far away from anywhere: it is easy to get to all major cities and towns with their local delicacies (Bury Market for its famous black pudding or Eccles cake, anyone?), Yorkshire Sculpture Park, Lake District boats, Welsh dragons plus two international airports. In fact, Manchester is as cosmopolitan as London: there are over a dozen different nationalities in our office. And the time – there seems to be more of it here as you don’t have to travel over four boroughs to see a friend or to attend an evening lecture. I can walk from the office to my son’s school in 15 minutes. As a parent you relate to the city differently – through its green parks, buggy-friendly pavements and galleries with comfortable cafés (the almost Stirling Prize winner Whitworth gallery was my regular cultural retreat during both maternity leaves). My children love the city too: ‘There are so many beautiful buildings here. But yours, mum, are the best!’ Why should I be anywhere else?” 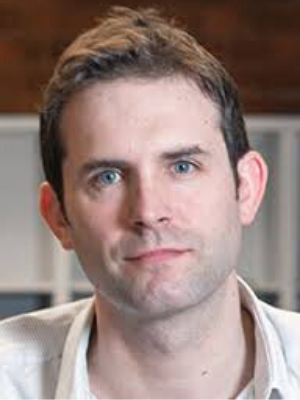 “We have noticed a sea change with regards to architects relocating out of London. A booming development strip along the M62, with Manchester at its heart, is creating an exciting and attractive environment to further your career,” Nick says.